Meet the Co-Creator of My Abundant Life 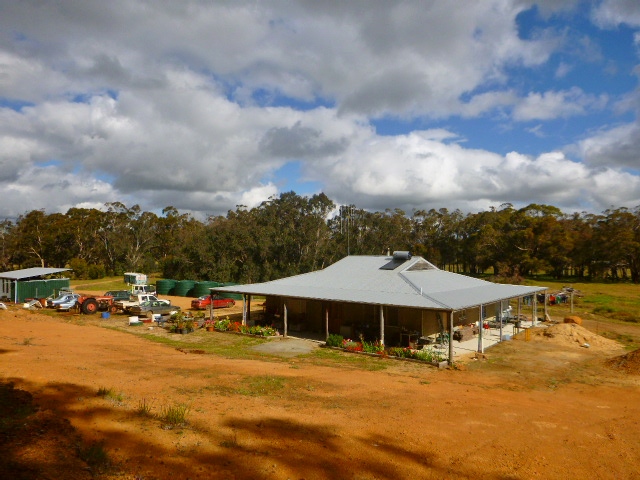 A month ago I moved into a house on a farm. A man’s space, scattered with copious shipping containers full of useful stuff, rusty vehicles, homemade structures and a handbuilt strawbale house. The man in question, who has welcomed me into his life, is on a rapid learning curve as he also embraces plastic-free living, fermented foods, Couchsurfing, permaculture and Non Violent Communication (invaluable for step-parenting, as I come in a package deal with a seven year old). Together we are the co-creators of new systems, students of the land, kneaders of sourdough, designers, builders, rebels, cooks and lovers, as we weave our lives together.

I salute his goodwill as I throw open windows that have been shut for years, pull down dusty curtains, and pour light and air into his man-cave of a house while he blinks in shock. Furniture is being moved around as I rearrange his entire house, the vegie drawer in the fridge has a higher turn-over than it’s seen for a long time, the kitchen bench is burbling with fresh homebrew and kimchi, and the table is dripping with flowers. The flower garden outside has ushered me in with a burst of spring colour. The vegie beds are being turned over one by one, from winter’s weeds to tended beds, and we’re cleaning cobwebs from the chicken shed. He’s been venturing outdoors with his soft white feet straight on the earth, swallowing my herbal concoctions and converting his kitchen to bulk foods instead of plastic-wrapped convenience foods. And he has the grace to grin and say ‘hit me again’!

Ideas are bouncing off us like fireworks, morphing before our eyes, and then appearing in reality before I can draw breath. I’m a planner, and like to get it all down on paper and nut out every possibility before I take action. He’s a doer, holding his plans in his head and working it out as he goes along. I’ve never had free reign over a property before. Every idea I suggest is met with a yes. We both live outside the rules, and it’s a constant delight to share that space with someone. A space of possibility and abundance.

The property here contains all the seeds for an abundant existence, in its wealth of second-hand stuff, solid house, dusty DIY kits, garden infrastructure, variety of soils and microclimates. However, travelling to a job elsewhere previously diverted his energy away from all but the most urgent of homesteading tasks. Last week that changed, and he is now a fully dedicated househusband. The owner built home is finally being stitched into the land around it. Every day new projects are completed; often tasks that he’s been meaning to do for years. The thrill of a new relationship is also injecting its share of motivation and energy into things. It’s all happening here!

I intended to put my tent up in the paddock, however on arriving I decided to sucker it onto the side of the house instead. Delightfully, there was a litter of eight puppies living in this area, so I delayed a month until they were rehomed (ie. no longer pooping in the space) before installing my goddess tent. The tent looks like a glowing chrysalis glued to the veranda posts, radiating butterfly energy. At the moment it contains no furniture, because it needs waterproofing again first. It’s been packed up dry over winter, and it’s good to get it out in the sunshine and air.

In the first month, we’ve:

planted out the freezer wicking beds in the shadehouse, a pineapple, spring onion tops, flower punnets, and four main vegie beds (the berries are just starting to fruit, too);

built a shadehouse to keep the pots out of the harsh summer sun;

installed two worm tubes to take the kitchen food scraps so they don’t pile up on the veranda table;

dusted and moved all the books out of the bedroom;

started a huge pot of kimchi (his first ferment) and dedicated a solid rolling pin as a ferment pounding stick;

set up a tidy bedroom for my son with scavenged furniture;

and started to implement a grand tunnel pergola dripping with edibles outside the back door;

So grateful for the path that led me here, the synergy that happens when the masculine and the feminine intertwine in a constructive and supportive way, and this man’s willingness to be challenged. We got this.

Principles of Frugality and Ethics