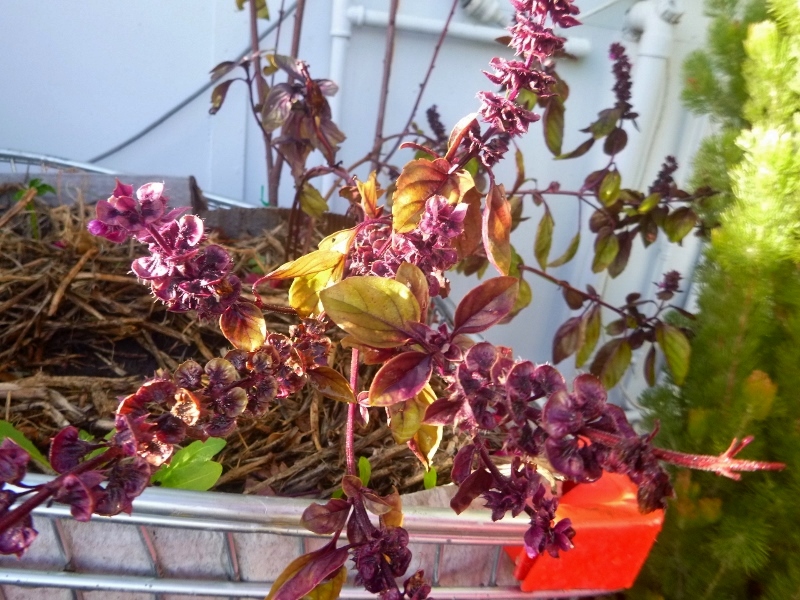 I found these at the tip shop, with slightly busted handles but strong intact cages, and took them home to make garden beds that the guinea pigs can’t reach. They actually make great raised beds because you can move them around to follow the sun!

I have them in a relatively permanent position on a repurposed trampoline/weed mat, where they are cumbersome to shift because the ground is soft. I’ve planted them out a couple of times, but so far I’ve not had much success.

This corner of the yard used to grow kikuyu. I haven’t decided what permanent structures to put here yet, so I’m not building any permanent garden beds or planting trees until I have a more comprehensive plan. It’s close to the kitchen door, sunny and sheltered, and right next to the garden tap, so I first clustered my pot plants here for easy watering. Old trampoline mats are great to set pot plants on, so that the kikuyu doesn’t grow up through the bottom of the pots into the rich soil.

I filled two of my circle beds (bought cheaply at a market, made from flattened gutter lengths) with the same soil mix as the shopping trolleys at the same time. The soil is about the same depth. I planted the same batch of lettuce seedlings, from the community garden produce swap, into both a trolley bed and a circle bed.

The lettuce in the trolley bed shrank. The lettuce in the circle bed grew wonderfully. They received the same amount of water and are close in position and microclimate. All I can think of is that the cardboard lining and elevated base has wicked too much moisture away from the soil, and perhaps drying out made it water-repellent so it hasn’t held onto future soakings. I’ll empty the soil and try lining it with recycled plastic – perhaps bulk rice bags, or clothing. Or even lots of pots, sitting in a drip tray.

The purple basil did produce some leaves, and seed for future plantings. Oakleaf lettuce reseeded itself into the other trolley bed and has grown a small thicket of lettuce over winter, while the soil was wetter and the sun milder.

The lettuce, parsley and tomatoes also seeded into my soil pile next the circle beds. I like plants that plant themselves. The winter rains have watered them. All I’ve done is remove the weeds. These tomatoes are ready for advanced spring transplanting, I just need to find a garden bed to take them!

I bought two more garden beds over late summer – one secondhand simple metal raised bed. It made a great space to play lego in when it was empty.

And one new metal bed, because I needed it to be in parts. The bougainvillea had grown through its pot here long ago, before I owned the house, and the pot had cracked. I removed it to the chook pen to make a guinea pig shelter, mulched the lawn down well with cardboard, and assembled the new metal bed around the existing bougainvillea plant.

These two beds have been planted with a succession of seeds, plants and seedlings to grow herbs and salad vegies right near the kitchen. I started with rows of peas (they all curled and died; I think this soil mix lacks the right bacteria, so I’ve been adding worm castings, seaweed, fish emulsion and sprinkles of compost), dill, radish, lettuce and leeks.

As I’ve harvested the herbs, the leeks have been slowly growing and are now swamped by silverbeet and calendula. I’ve slipped asparagus and a wormwood cutting under the leafy forest, and planted broad beans where the peas were. They started to go curly, but seem to have come good after the worm castings were added.

The bougainvillea bed started with a lavender and a rue plant. Then my housemates planted a pile of snapdragon and dianthus seedlings, and hundreds of self-sown lettuce and parsley seedlings popped up. I left them and ate them over the winter months, first as mesclun to thin them and then leaf by leaf. I sowed coriander seed, saved from plants that bolted, a few broad beans and radishes in the gaps. It’s now a riot of herbs, greens and flowers.

The Albany Woolly Bush spent some time up in this raised garden to keep it safe from the resident joey who considered it a delicacy. She’s moved to bigger pastures, so the Woolly Bush is safe once again at ground level.

Another raised bed I threw together was made of pea straw. It was really easy to build! I put it on top of cardboard and filled it with bought soil mix. You can see the pallet chookhouse in the background here. This bed has been growing a crop of carrots, silverbeet, parsley, beetroot and turnips over winter. The bales are decomposing nicely with the rain. I’ll use them to mulch the potatoes. I didn’t want a permanent structure here because I haven’t decided on the layout yet.

Growing in raised beds means plant roots don’t get waterlogged when my yard gets soggy in heavy winter rains, and keeps greens up out of reach of the guinea pigs (now living rogue in my shed), rabbit and errant Silkie chickens. The big chickens will hop up into anything! Formerly lush dandelion plants that I was encouraging for bitter greens in my vegie bed have been mown down by the guinea pigs, but at least they are keeping the lawn short. I haven’t had to mow the back yard this winter. I just need to keep designing the yard so they mow where I want them to mow!

You can also build raised beds anywhere there’s enough sunshine for your plants – even on concrete. Building your soil up is cheaper than buying it, but if you do need to buy it get a bulk trailer load rather than expensive soil in lots of plastic bags. Bear in mind that very deep beds may be easier to reach without bending but they take a lot more soil to fill!

Raised beds can dry out more quickly in hot or windy weather and heat up at the edges, as I found out with the shopping trolleys. Keep them mulched – I use pea straw, seaweed, compost, coffee grounds and wood chips. 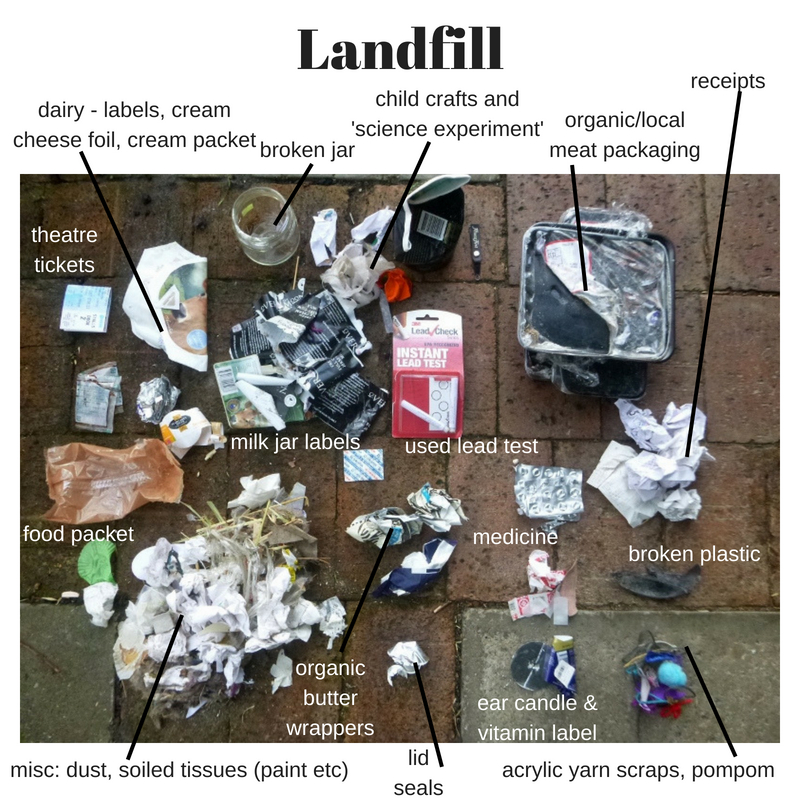 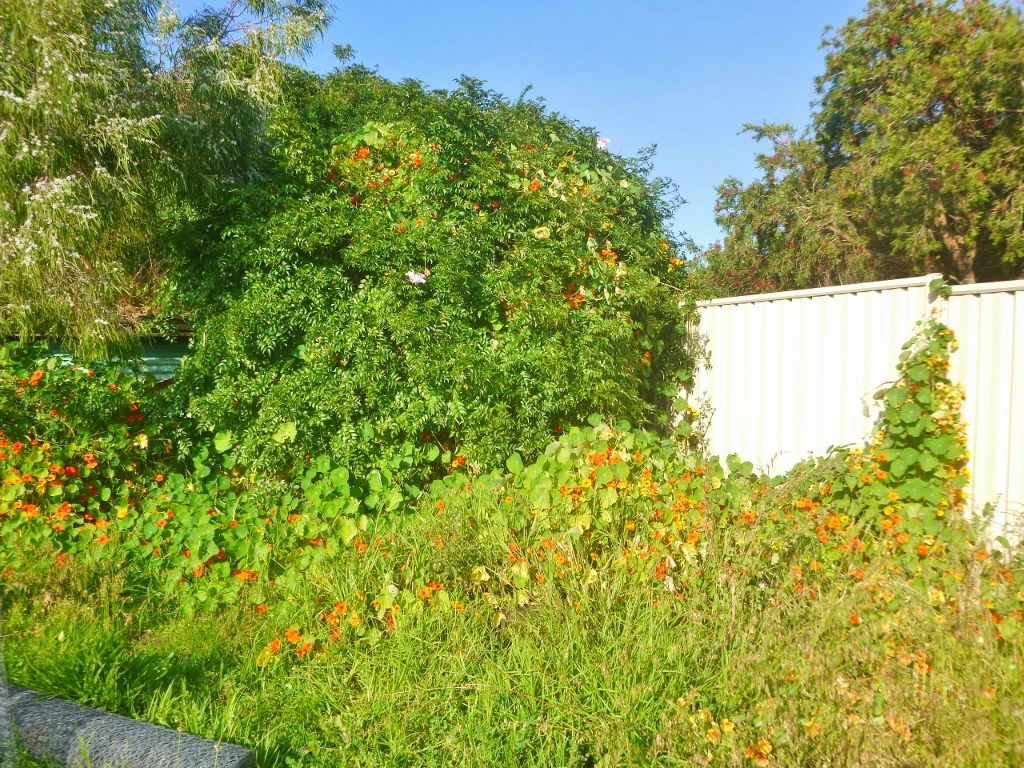